When Harleen and Nick first contacted us and shared their visions for their epic Adelaide wedding celebrations, we knew we needed to be there to capture it.

They only had one request from us – capture the PARTY in such a way that it makes everyone feel FOMO when they view their photos and film – tick!

Their three day celebration began with a Mehndi and Sangeet the day before the ceremony, where the women of the family have Henna applied to their hands and arms before the family came together on both sides in the evening for the Sangeet (which loosely translates to D A N C E P A R T Y).

The following day consisted of two ceremonies – the Sikh Ceremony in the morning followed by the Western ceremony later that afternoon. It was a cultural experience like no other and we had the most incredible time capturing every special moment. Seeing how both families embraced each other and their cultures was truly spectacular and gave us all the fuzzies inside.

The third day was their reception at the Adelaide Town Hall – the final stage of this mammoth celebration. The energy in the room was electrifying, you wouldn’t even know that there had been two days of celebration before this one! The speeches, first dance and an interesting collection of games followed (our personal favourite being the huge tug-of-war!) and then once again everyone put on their dancing shoes for the big finale. 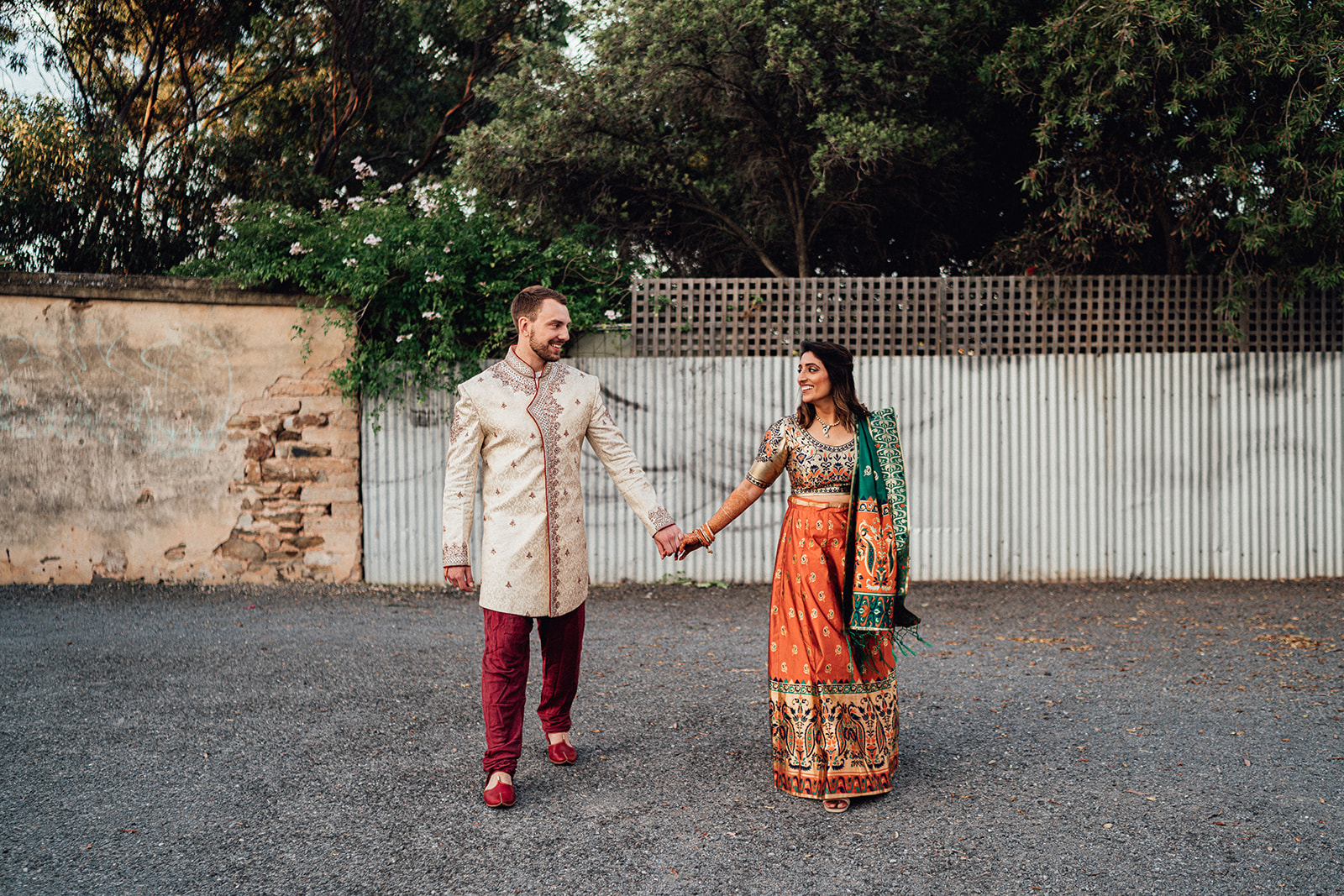